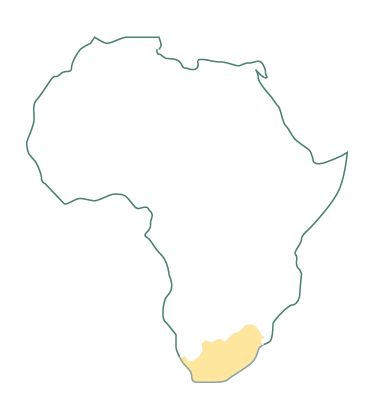 Couldn’t remember what all happened in October so just looked back over my diary. I seem to have spent quite a lot of time repairing and fixing things – that is, getting someone to help me. I thank the Lord that He always sends the right person at the right time!

The scariest event was a boomslang (snake) in the house. I had just come home with a couple of the youth from the Saturday Bible Study. I came in the back door and laid down my handbag and turned to see that the painting by the back door was crooked. As my family know, I can’t stand to see a picture crooked, so I reached up to straighten it and just then Adam pushed me away and said, “Snake”. It was over the back door! We stood across the room watching and wondering what to do and I finally decided that if I came around and opened the back door it would fall down and go out – not a good move! It fell down, nearly at my feet and went back into the house under a bookcase. I screamed and my poor dog got such a fright that he hid under a tree while we were trying to decide what to do next. We couldn’t get at it. I called a neighbor, but he said he is deathly afraid of snakes, so couldn’t come. The next plan was to phone for prayer support – that the snake would come out where the guys could pound it. It eventually did come out and they hit it with a big stick and all was well.

In spite of all this, I still feel safer here than in Joburg where one has to watch out for hijackers and live behind barred doors and windows.

I suppose the biggest event was the Christmas Shopping in Joburg for the Kid’s Club Party which is to be on the 28th November. We were able to purchase 1500 gifts at about R10 rand each (a dollar is about R8.00 – I’ll let you do the maths.)The gifts are all substantial, not just rubbish – we’re so thankful that we can shop in this big toy warehouse and have such good prices.

The next few weeks we will be concentrating on the Christmas Party – working on a Nativity Play for that. The young girl who is to be Mary began coming to Kid’s Club by herself when she was about 18 months old. She’s now about 8 years old. The local High School will be cooking the sausage and they will prepare the rolls and sausage, yogurt, bananas, sweets and cool drink in bags for each child – a mammoth job. They will also come to help with the party. The toys are paid for, we still have the expense of the food if anyone would like to help.

This month I’ve had several of the young guys come for a day or two in order to study and prepare themselves for exams. I appreciate the prayer times we have together, and good discussions.

I’ve also been helping the youth leader with a business plan. He wants to begin a business that can employ the many young men who are unable to get work. Pray for Godfrey as he plans and prepares and seeks funding to get started.

Counselling with some of the young girls has been challenging. They have so many issues in their lives and need to really come to know the Lord and His love and grace and mercy. They need much prayer, and I need wisdom from the Lord to help them.

Good news is that my frozen shoulder is getting unfrozen – thanks to the Lord and a good physio!
My eyes are still a concern as I still have double vision – the prism isn’t working as well as we had hoped.